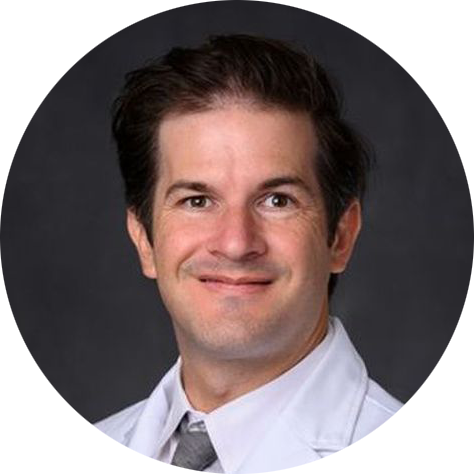 As poignantly written by Kozin, Zlotolow, and Soldado, “The story of thumb hypoplasia is the story of hand surgery itself”.1 The hypoplastic thumb can arise sporadically or in association with radial dysplasia, TAR syndrome, Holt-Oram syndrome, or Fanconi anemia, and as such, careful evaluation for these conditions is prerequisite. Thumb hypoplasia encompasses a spectrum of congenital differences affecting the thumb; size, soft tissue envelope, the first web, extrinsic tendon function, joint stability, and thenar musculature.

The Blauth Classification categorizes the degree of hypoplasia into a useful system to strategize treatment. The lynchpin governing whether a thumb either ought to be reconstructed or ablated and replaced by pollicization remains to be CMC stability. In general, Blauth type I, II and IIIA thumbs can be reconstructed through bespoke surgical interventions; first-web deepening or lengthening, ulnar collateral reconstruction, and opponensplasty when required. Type IIIB (unstable CMC), IV (Pouce Flottant thumb) and type V thumbs (complete absence) demand ablation and replacement by means of pollicization.

Categorizing patients requires a careful physical examination, plain imaging and in certain instances ultrasound to further refine the suitability of the CMC joint. Physical exam and ultrasound of the thenar muscles can assist in determining the need for an opponensplasty in type II-IIIA thumbs. Many authors prefer the use of FDS IV which can also assist in ulnar collateral ligament reconstruction of the thumb MCPJ. However, in the presence of a stable MCPJ, the Huber or ADM opponensplasty can be preferable, particularly in early-age reconstructions.

First described by Huber in the 1920’s for surgical management of poliomyelitis, the pedicled ADM muscle was popularized for use in thumb hypoplasia later in the 1970-80’s by Manske and Littler. The ADM transfer requires microneurosurgical dissection and careful attention toward preservation of the innervating fascicles from the ulnar motor nerve. Complete mobilization of the ADM off the pisiform remains an area of surgeon debate.

This technically demanding operation can be eased with use of the CHECKPOINT® stimulator to identify, protect and carefully reroute the motor nerve. The CHECKPOINT device can also be utilized to test tensioning and positioning of the transfer. There are numerous described insertion and myodesis techniques for the Huber, and stimulation testing of muscular function with opposition was found to be extremely helpful in such a transfer.

A two-and-a-half-year-old youngster with a left-sided unilateral thumb hypoplasia presented to the office with her identical twin. Her parents noted an inability to pinch between thumb and index finger. She preferred a middle-index pincer grasp, avoided use of the left hand, and was considerably less coordinated than her twin.

Figures 1 and 2 demonstrate a hypoplastic thumb, contracted first web and absent thenar musculature. The thumb interphalangeal joint was unstable with ulnar collateral insufficiency. The thumb MCPJ had laxity at the UCL but a firm stopping point while there was weakness in extrinsic extension, EPB, EPL (as shown in Figure 3 – Tenodesis). There was complete absence of the thenar muscles on clinical exam. The CMC was stable despite an X-ray showing some tapering of the thumb metacarpal. Given the patient’s declining hand use, dexterity, and compensatory pincer grip, I discussed with the parents the options to intervene. The surgical plan included first web lengthening by four-flap Z-plasty accompanied by adductor advancement and reefing of the MP-UCL complex, IP stabilization, and Huber opponensplasty. (Figure 4)
1
2
3
4

The Huber was performed as described by Manske and McCarroll in their 1978 paper.2 A curvilinear incision about the hypothenar eminence leading up to the ulnar border of the small finger was incised with a 15 blade. Careful identification of the ulnar digital nerve to the small finger was performed and external neurolysis was performed over the length of the incision. The ADM is skeletonized while its epimysium is preserved, and distally the two tendinous heads are divided sharp and distal. Proximal dissection is carried to the origin on the pisiform. To avoid devascularizing the muscle, the attachments to the pisiform are preserved. It is unnecessary to take down the muscle’s origin entirely. The vascular pedicle entering the ADM from Guyon’s canal is accompanied by deep motor branches from the ulnar motor fascicles. (Figure 5)
5

Video shows the CHECKPOINT stimulator being used to identify the feeding neurovascular pedicle on physiologic stimulation at 0.5mA. After division of the muscle distally – modified Kessler sutures were placed. A subcutaneous tunnel was fashioned with tenotomy scissors leading to the dorsoradial border of the metacarpal head – across the palm. A tendon passer is utilized to atraumatically pass the muscle through the tunnel, over the digital nerve to the small finger, and deliver the ADM tendon distally out of the wound (see linked video). Next several periosteal sutures were placed about the metacarpal head and the preliminarily snapped to the ADM Kessler stitch. The CHECKPOINT stimulator was utilized on 0.5mA to test the opponensplasty with particular attention to checking the vector of opposition and thumb position with the goal of providing an ADM insertion that can maximize key and lateral pinch. After satisfactory positioning of the neo-insertion, the sutures were tied down and the motor branch was stimulated at 2mA to test the repair (see linked video). The patient was immobilized in a long arm mitten cast for three weeks. After the pin and cast were removed, a custom thermoplastic palm-based thumb splint was fabricated. Follow up photographs are shown four months post-op showing key pinch, activation of the ADM, and thenar bulk (Figure 6).
6
1
2
3

The Checkpoint Stimulator is a single-use, sterile device intended to provide electrical stimulation of exposed motor nerves or muscle tissue to locate and identify nerves and to test nerve and muscle excitability. Do not use the Checkpoint Stimulator when paralyzing anesthetic agents are in effect, as an absent or inconsistent response to stimulation may result in inaccurate assessment of nerve and muscle function.