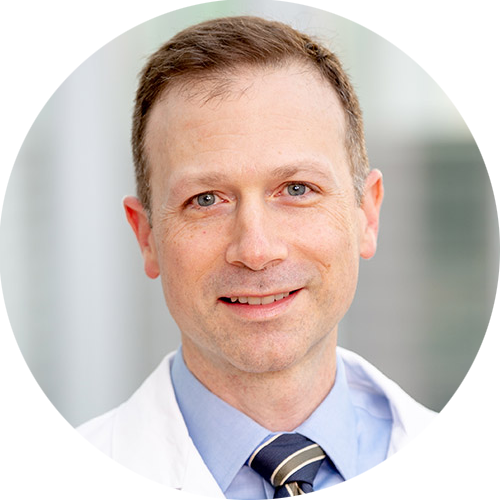 Residual limb pain after amputation can be debilitating for the patient. After amputation of the lower extremity, the occurrence of residual limb pain can range between 10 and 75%.[1-4]  The formation of painful neuromas, in addition to chronic pain, can contribute to significant disability for the patient, such as the inability to ambulate in their prosthesis.  The standard of care for treatment of neuroma in the past has been neurectomy followed by burying the transected end of the nerve in surrounding soft tissue or bone. This has universally resulted in poor outcomes and poor resolution of chronic pain.[5-8]  Post amputation pain in this patient population secondary to neuroma formation is ubiquitous, and is a clinical problem commonly seen in amputee care.
Recently, targeted muscle reinnervation (TMR) has been shown to be an efficacious way to reduce post amputation pain both in the acute setting, from prevention of neuroma formation, as well as in delayed fashion after neuroma resection[9-11].  TMR is a welcome addition into the treatment algorithm of post amputation residual and phantom limb pain. The technique of TMR involves a nerve transfer, where the distal end of the transected nerve with neuroma involvement is coapted to a proximal motor branch target.  This transfer of the painful nerve to a new motor target has been shown to both avoid subsequent neuroma formation, and reduce or eliminate postoperative neuroma pain.  The identification of these proximal motor branches is facilitated by the use of the hand-held, biphasic nerve stimulator (Checkpoint Surgical, Inc. Cleveland, OH).  I have found this device to be especially useful for mapping the location of these small, motor nerve targets either on the surface or just under the surface of muscle tissue, simplifying a rather tedious part of the procedure.

We present the case of a 38-year-old, left below the knee amputation with residual painful neuroma. The patient initially suffered a traumatic injury of his left lower extremity in an industrial accident.  He initially underwent an attempt at salvage including microvascular free flap reconstruction of his extremity.  He developed recurrent osteomyelitis and elected for a below the knee amputation. He was initially able to ambulate in a prosthesis, but developed debilitating pain in the distribution of his peroneal nerve, resulting in inability to wear his prosthesis and pursue his desired functional and recreational activities.  Physical exam confirmed the presence of a palpable, exquisitely tender mass overlying his anterior compartment consistent with a neuroma of the deep branch of the peroneal nerve.  He underwent a block of his common peroneal nerve with Marcaine™ with complete relief of his pain.  Secondary to the complete pain relief with anesthetic blockade, he ultimately decided to pursue TMR for his symptomatic deep peroneal nerve neuroma.

The patient was seen in follow up and is pain free after years of a symptomatic neuroma. He is now back in his prosthesis and has returned to his physical activity without pain.

The Checkpoint Stimulator is a single-use, sterile device intended to provide electrical stimulation of exposed motor nerves or muscle tissue to locate and identify nerves and to test nerve and muscle excitability. Do not use the Checkpoint Stimulator when paralyzing anesthetic agents are in effect, as an absent or inconsistent response to stimulation may result in inaccurate assessment of nerve and muscle function.